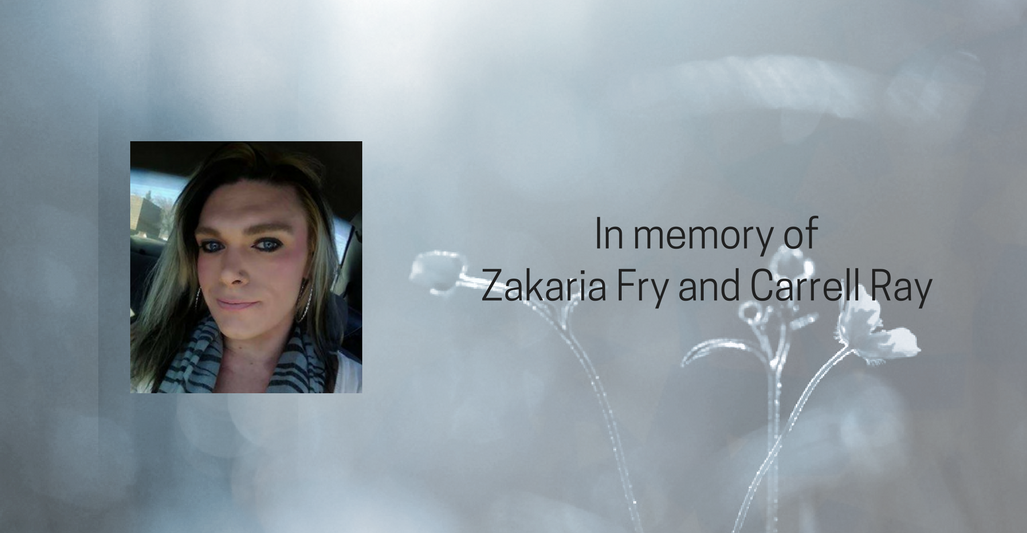 NCAVP mourns the deaths of Zakaria Fry, 28, and Carrell Ray, 70; whose bodies were found on February 19, 2018 in Sante Fe, NM. According to media reports, Fry and Ray – who were roommates in Albuquerque, NM – were reported missing since January 18, 2018 after Ray’s children visited the residence and found large amounts of blood. Albuquerque police have classified this as a double homicide. Police have arrested Charles Spiess, also known as James Knight, and charged him with two counts of murder.

Friends and family described Fry as a fun-spirited and loving person. Ray worked as an attorney for 40 years and was described by children and former co-workers as kind and caring.

We mourn the losses of Fry and Ray and send love and care to their friends, family, and loved ones.